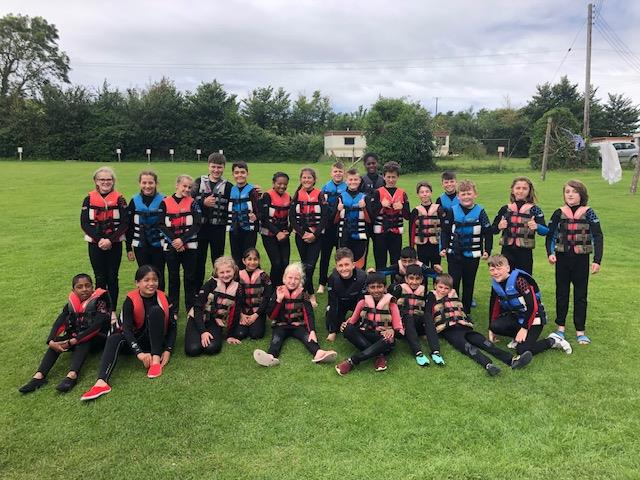 The day started with another little lie in followed by a frantic rush to get into breakfast on time. The children are discovering what happens when there are no mums and dads rushing around picking up clothes and organising stuff for them!

This morning, two groups set off on the coastal walk while the other groups went crate stacking and tunnelling. The coastal walk group went for a long walk along to the visitor centre before turning around and heading to the rock pools. The children spent a long while searching the pools looking for different creatures. They were very pleased to find some crabs and a few jellyfish. We even found a green leaf worm which most of us had never heard of.

Everybody in the other groups had a go at the tunnelling, even the ones who thought it would be something they wouldn’t be able to do. It was lovely to see the excitement on their faces as they overcame fears and to see how the children supported each other.

After lunch we had a celebration as it was a special day for one of our group (not that he wanted to celebrate!). We decided to have a special cake day to mark the occasion – after all any day is a good day for cake!

The afternoon brought Ringo Riding! There was a lot of excitement as the children were escorted to the Ringo location via a speedboat. The children paired up and had to decide on their first run whether to go at a slow or medium pace. Decisions made, they all took their turns being dragged around behind the speed boat amid the sound of screams and shouts of delight! The second run allowed them to be braver with the option of Red Hot Chilli Pepper Turbo speed! A lot of the children went for this option and thoroughly enjoyed it. Mrs Romain has got some great action photos!

Before the disco we had the fun job of clearing rooms and packing up ready for our return tomorrow. It is clear we have very different ideas of what clean and tidy means. I can honestly say that the only things I think that are coming back clean are the wash kits! I apologise now!

The disco bought fun and lots of dancing. It was lovely to see the children all dancing around. They got a bit emotional at the end as they realised that they were nearing the end of their time at Ladbrooke but we quickly reminded them that they still have four weeks and good friends will always stay in touch. They were all on a real high and it is lovely to see. Not sure we are in for an early night tonight but … memories are being made!

Night all – see you tomorrow! 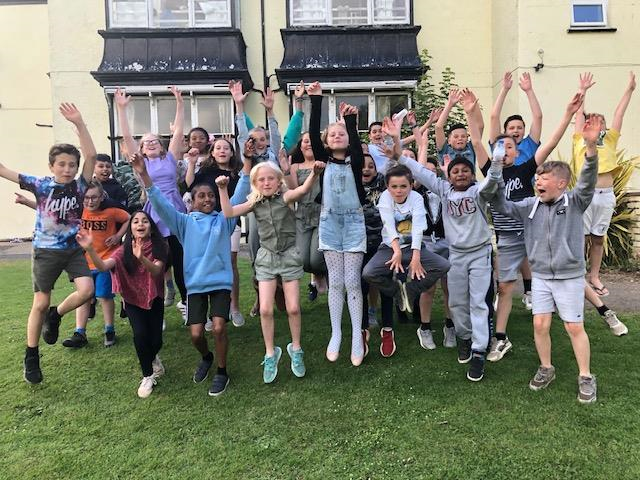 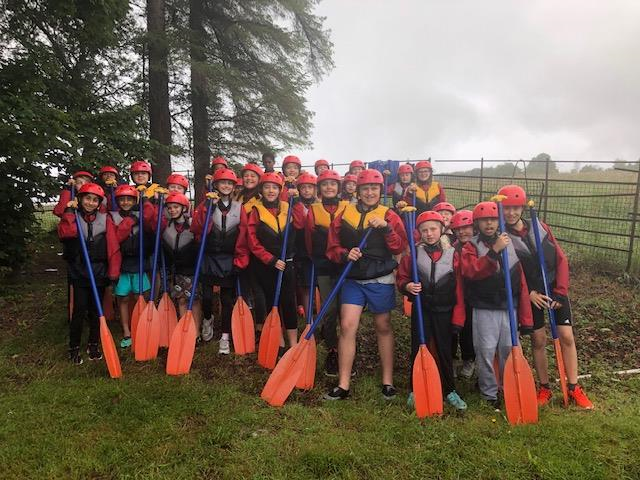 After a great night’s sleep and a slightly later start to the day (yippee!), we began our day with a short trip to the paddle lake. We were about to put all our paddle practise to the test; would we make it around the lake or would we just go round and round in circles? It is always interesting listening to the children chatter on the coach You never quite know what they will say! Today we were entertained with the question … Does Potters Bar have a National Anthem?!!!

The rain was slowly falling as we put on our cagouls, helmets, buoyancy aids and paddles and headed to the edge of the lake. Waiting for us were 3 boats, a dragon boat, an inflatable boat and the Shiv Boat (named after Shivam as it was the same colour as his shorts!). The children took in in turns to go on each boat, having lots of fun and splashing each other in the process!

After lunch finally the sun began to shine as half of the group went on the coastal walk. Following a short ride back to Westward Ho!, the children were challenged to create the best sand sculpture they could – this resulted in the boys trying to dig the biggest hole – not quite the aim but they had fun! Next, they moved to the rock pools to see if they could find a range of different creatures. Multiple dead crabs later, most of the items on the list given had been found including a star fish, whelks and periwinkles.

The other half of the class were crate stacking and tunnelling. Crate stacking involved a lot of hugging as the children tried to stay upright on a stack of crates. The higher the stack got, the wobblier they became and the more the children had to hug each other to stop from falling. Eventually the inevitable happened and the crates fell leaving four children dangling in the air! After this, the children moved to the tunnels. Although not everyone’s cup of tea, a few intrepid explorers ventured in and explored the darkness!

This evening we have been pedal carting. Four carts speeding round the course cheered on by their team mates. If their pedal carting skills are an indication of what they will be like as drivers, please start saving for insurance now!

Now we have all settled in for the evening as we prepare for our final full day. 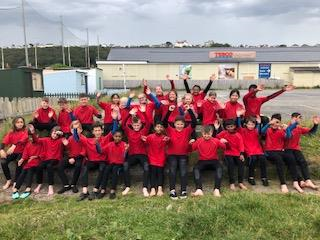 It was an early start this morning, but this was to be expected! Before 7am the children were up and ready to go! Needless to say, the adults were not as ready to go at this time!!!

After breakfast the children got themselves ready for surfing. The conditions were perfect as we arrived at Westward Ho! Twenty seven excited children, surf boards at the ready, set off across the beach to try their hand to body boarding and surfing. There were lots of squeals of delight as the children took to the waves! As well as a lot of falling off, we had a few successful attempts at standing up on the boards and this encouraged the children to keep going!

After a quick lunch, the children split into two groups.  One group went off to complete the paddle practice and initiation exercises that the other half had completed yesterday and the others took part in Tree and Traverse.  This basically meant, hoisting children into a tree before abseiling down, climbing Jacob's Ladder and crossing a small pond on a tightrope.  Many of the children were proud of how well they had done on the climbing and how high they had gone!  At one point a noisy seagul flew overhead - to which a child responded - was that a goat!!!! Sometimes words fail me!!!

The evening brought a walk down to Appledore.  Once there, the first group were straight onto the boat ride whilst the others grabbed their crabbing lines and tried to entice a crab onto their lines!  By the time all the children had completed the boat ride, we had eight lovely crabs in our bucket. As we released the crabs back into the sea, the children exchanged views on the 'Awesome' boat ride!  Some, scared at the beginning , declared it the best ever!

We have now settled down for the evening.  Twenty seven tired children and three tired teachers all hoping for a quiet night!

Well, after a smooth journey down to Knapp House, we are finally here.  The sun is not quite shining but it is dry so we are not complaining.  As soon as we arrived, the children were shown to their rooms and they were introduced to some of the instructors.  The customary fire drill summoned the children to the assembling area and then they were off for a tour of the site.

The tour ended and it was time for the first activity - the assault course.  Made up of several different rope challenges, the children had the opportunity to work as teams to try and get around the course as quickly as they could, with touching the ground.  Looking around it was clear that this was not as easy as it appeared.  At some points there were more children lying on the floor or tangled in cargo netting than anything else.  At least there was a lot of laughter too!!!

After this activity, there was time for a quick group photo before the childen went for free time and some dinner.  After dinner we split into two groups.  One half went off to tackle the climbing and abseiling tower whilst the other half prepared for the canoeing session and took park in some initiative exercises.  Many of the children surprised themsleves with how well they did in the climbing and abseiling, pushing themselves beyond what they thought they were capable of.  The initiative exercises proved probematic and at one point we were concerned that 8 children and Mrs Corke would be permanantly tied together as they struggled to find a way to unattach themselves from a set of ropes.  You'll be pleased to know they did eventually though!!!

It is now bed time (well it is supposed to be) all the children are in their rooms and it is beginning to quieten down.  Fingers crossed we have a calm first night. See you all tomorrow for our next installment!