As the finale for our topic 'Dig for Victory', year 4 visited Lincolnsfield in Bushey to find out what life was like back in the war years.

Upon arrival at the centre we split into three groups and each group toured around the site looking at the 1940s house, Dig for Victory Garden and the Air Raid Shelter. In the 1940s house the children learned how washing was done, what their toys would have been like, where they would have had a bath, what happened if they needed the toilet at night and what their jobs would have been in the morning. I think it's fair to say they were not too keen on that part! They  also dicsovered that it was possible to protect yourself during a bombing raid, by using a Morrison shelter, which also doubled as the dining table in smaller houses.

In the 1940s garden they saw some of the vegetables that would have been grown and learned how people's lawns and playing fields were transformed into gardens, growing essential foods to help the war effort. Whilst we were there, the children discovered an incendiary bomb on the roof of the house, which they had to put out with a great team effort using a stirrup pump and refilling buckets, saucepans (in fact anything that held water) and forming a human chain. They worked really hard and got into the swing of things. Just as they finished, the air riad siren went off and they had to race into the Andersen Shelter. Afterwards they thought about the things they would have needed to take in with them. No electronic gadgets? - Oh no!

Finally they took a ride in a jeep that had been involved in the Normandy Landings of 1944. It was very shaky, but this all added to the fun. Once at their destination the chidlren saw a bombed out workshop and spent time in the air raid shelter, listening to the sound of the bombers overhead.

Overall the chidlren had a fabulous day, meeting Stan a war hero, and others who had been evacuees, so they were able to get first hand details of what living through the war had been like for children like themselves. 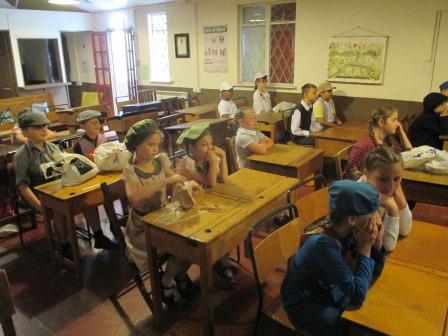 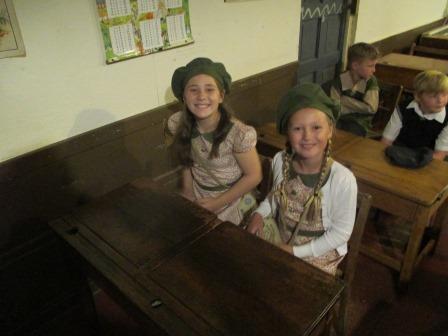 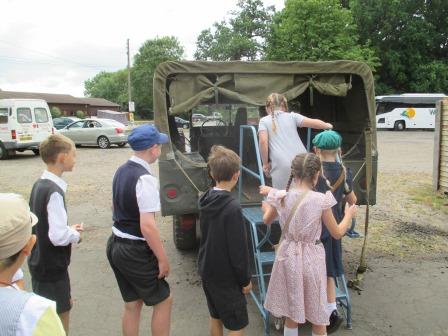 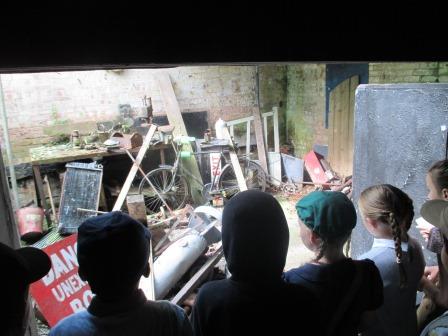 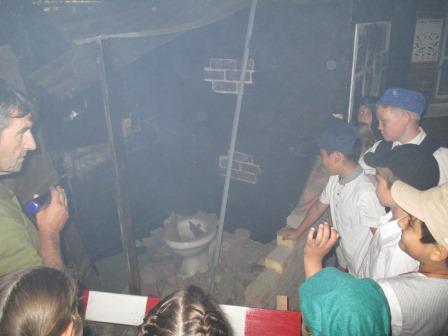 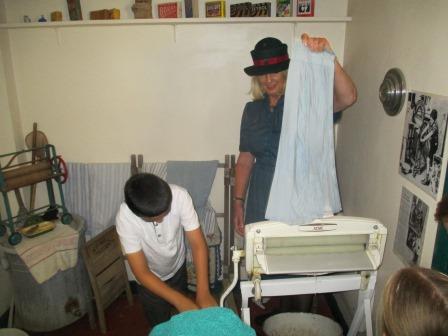 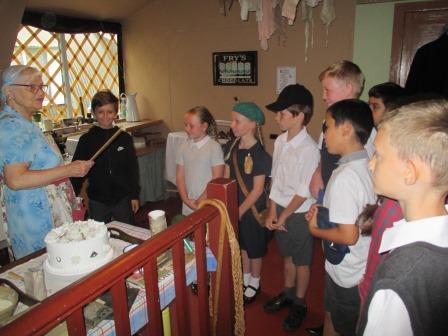 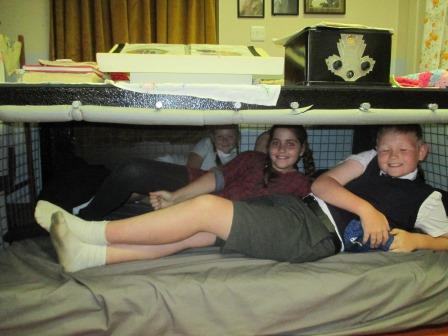 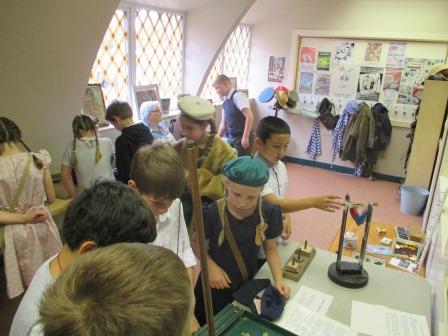 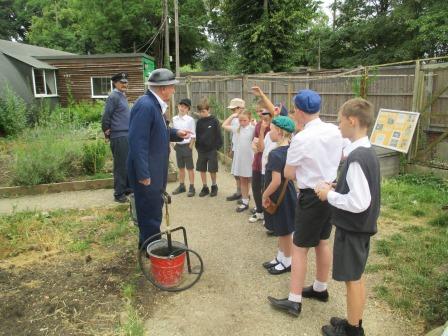 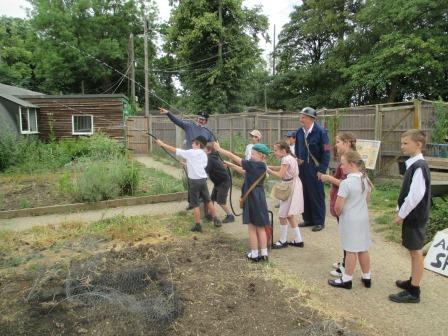 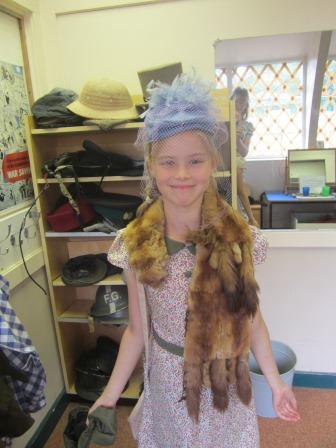 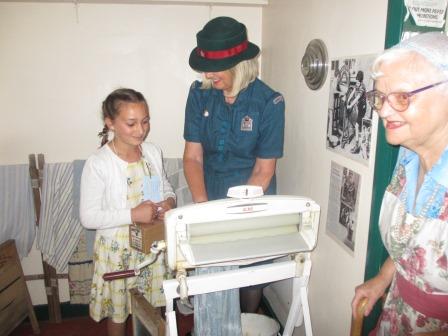 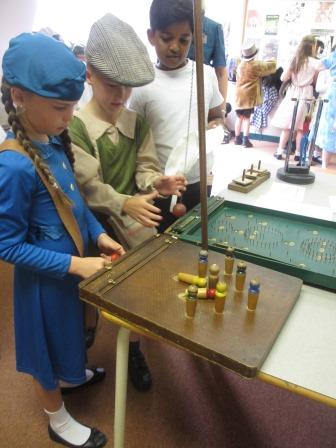 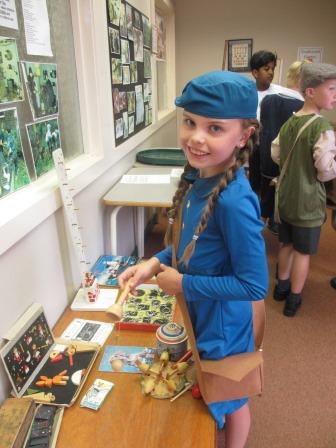 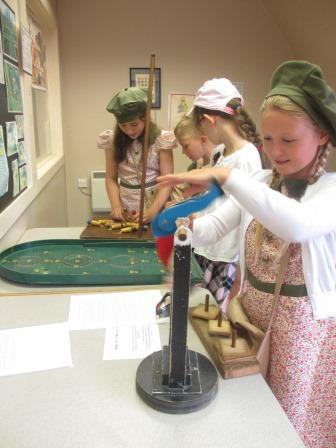 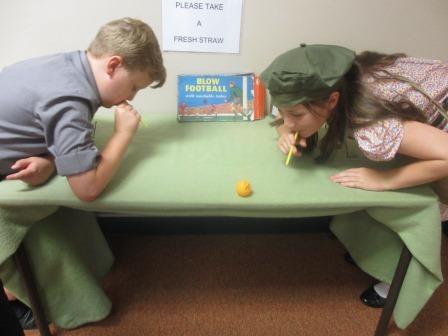 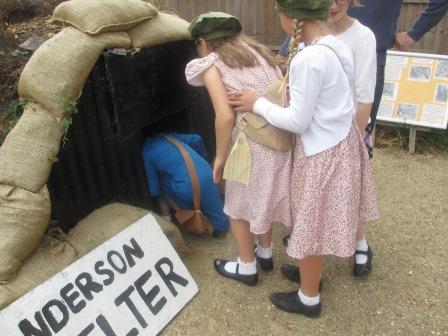 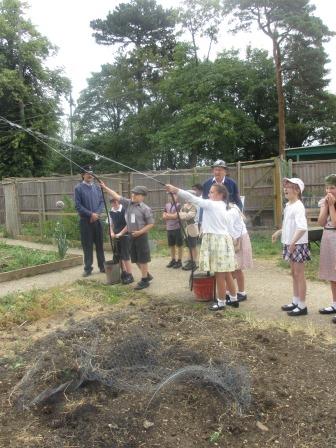 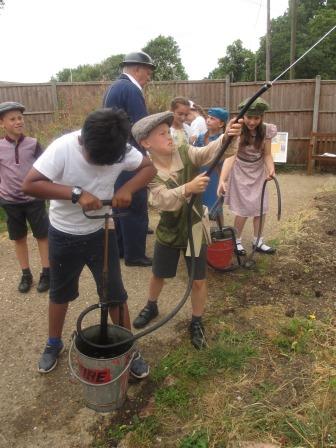 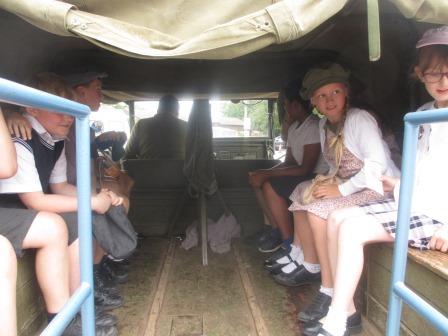