As part of our science topic of Sound, Year 4 carried out an experiment to see whether we could ‘tune’ plastic bottles and create a series of consecutive notes. We collected sets of plastic bottles and then discussed how we could begin to create a particular note. After some discussion, we thought that if we filled the bottles with different amounts of water this could provide us with different notes. We also considered using sand or rice to fill the bottles, but decided that water was the best option, because we could add or remove a little at a time.

Splitting into different groups we all managed to create at least 3 separate notes from our bottles. Grace, our resident flute player, showed us how best to create a sound from the bottle, which was to blow across the top of the neck of the bottle rather than blowing directly into it.

The group who had the best result with 5 different notes, used Pellegrino bottles. These were only set where the neck gradually opened into the base of the bottle. The other groups’ bottles had ridges down the side and only a short neck, which we think hampered our tuning efforts.

As you can see we had fun testing our theory and were pleased that we had managed to make the notes C, D, E, F and G. We also noticed that to start with a similar amount of water needed to b e added to the bottle, but after note E, the pattern was not the same and we had to add increasing amounts.

We really enjoyed creating our musical instruments as you can see from the photos below. 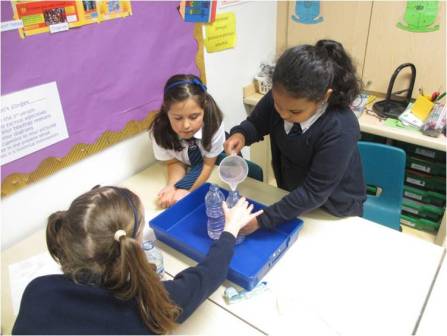 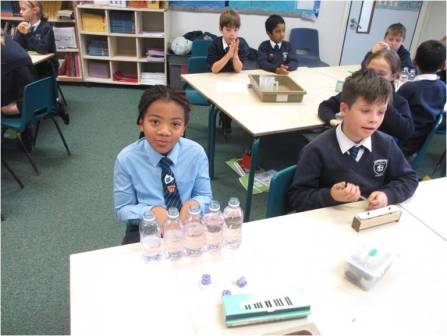 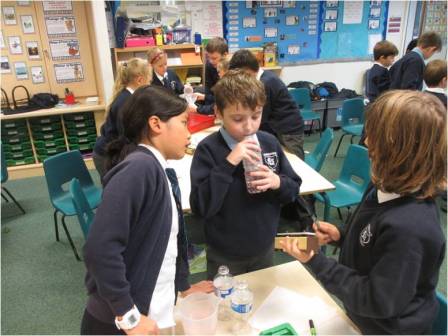 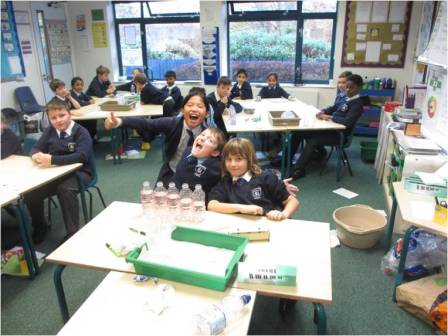 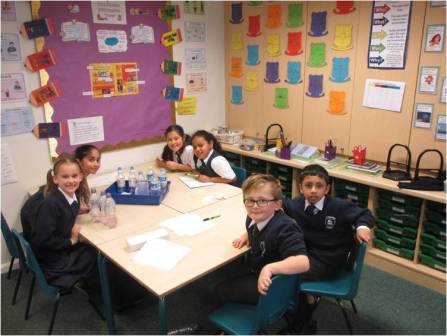 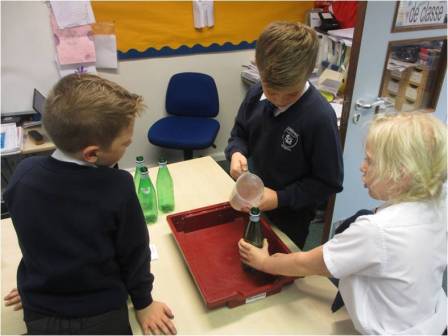 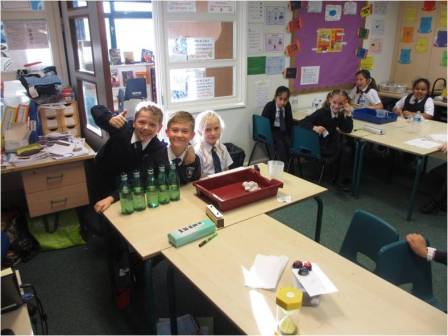 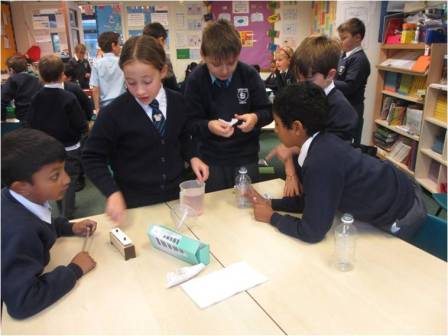 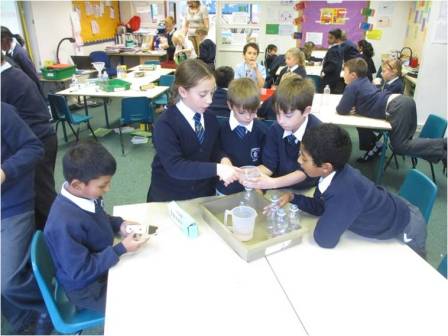 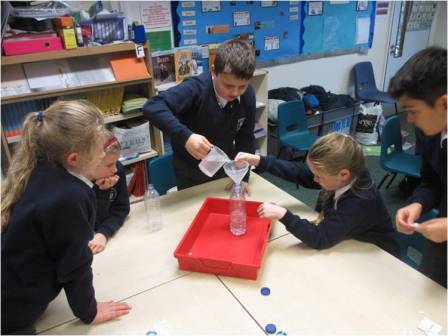 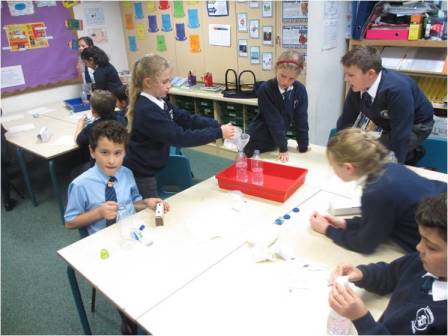 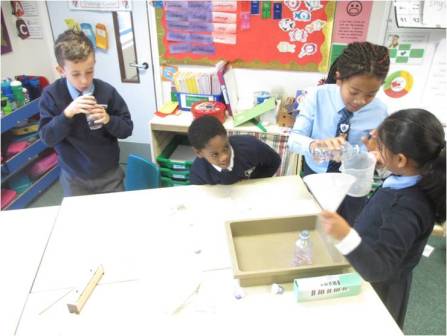