Are you sitting comfortably? Then we shall begin...

This term we have been exploring storytelling as a way of developing communication and language skills. Telling and listening to stories helps with many aspects of this vital area of learning: for example, improving listening and attention skills; widening vocabulary; and learning the correct way to structure sentences. The ultimate aim is for children to become effective, creative writers themselves and they have begun this journey by mapping their own versions of well-known tales. Here are some of the stories that they created when we explored the nursery rhyme Jack and Jill. 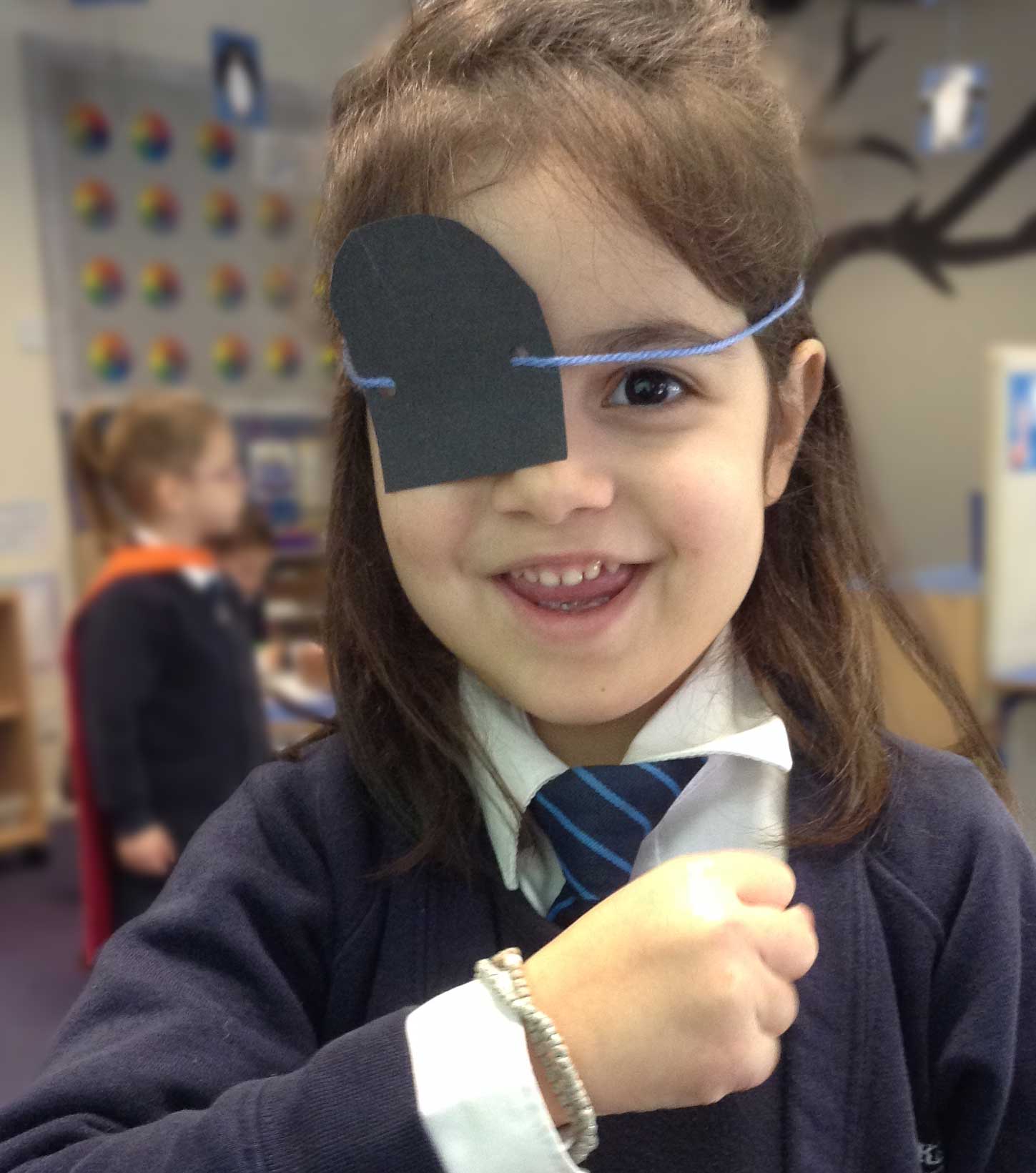 Arrr! We be PIRATES!

Reception developed a passion for pirates this January as part of our Incredible Journeys topic. We were inspired by the book 'The Pirate Cruncher' to make our own eye patches, telescopes and treasure maps and the classroom took on a distinctly swashbuckling theme. Fortunately, those who had to walk the plank from our pirate ship role play area escaped the jaws of the giant octopus from the book. Many even lived to tell their tales in our Helicopter Stories sessions.

While we were thinking about boats, we investigated which materials floated and sank, then recorded our findings. 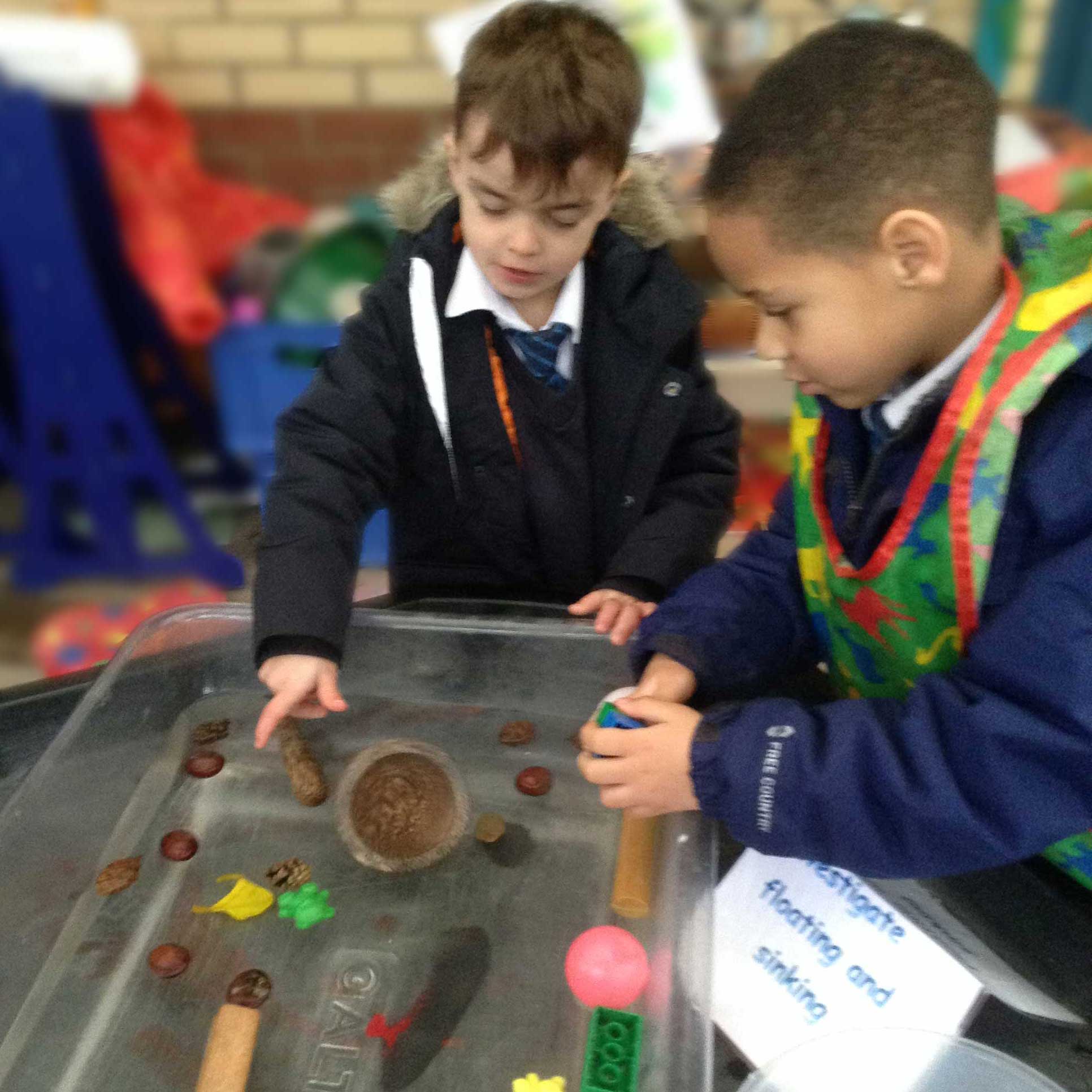 Politics has dominated the news lately, but the big story at Ladbrooke School was that of poor Mrs Rainbow.

After hearing that our topic this term is 'Colour and Light', Mrs Rainbow agreed to visit the Foundation Stage Unit. However it was all too much for her, and halfway through reading a story about colours, she became upset. The children wanted to know what was wrong and Mrs Rainbow told us that she had received a letter from the council demanding she paint her colourful cottage grey.

The plight of poor old Mrs Rainbow struck a chord with the kind children in Nursery and Reception and they set to work campaiging on her behalf. The whole class signed a petition to stop the painting, but were disappointed to find that it didn't work. We then tried writing letters, but that didn't work either.

Mrs Rainbow sent us a selfie and we were all horrified to see that it wasn't just her house that had turned grey - Mrs Rainbow's famous pink hair was too.

Not to be defeated, the class made signs and held a protest in the Foundation Stage playground. We sent it to the news companies and were delighted that the story was picked up by some eagle-eyed journalists and the story hit the headlines.

Following the protest, we found out that the council had decided to change their mind and Mrs Rainbow's house was repainted bright yellow again. As a thank you, she sent us some puppets, a doll and a book (with a slightly different ending to the REAL one). We, in return, have written our own version of the story and made it into a class book. 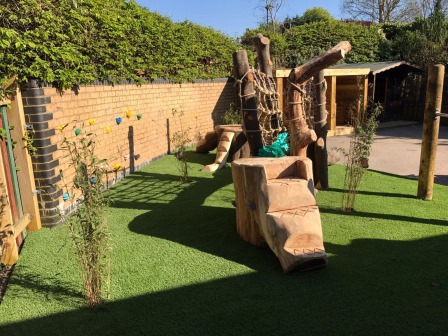 Children in Nursery and Reception at Ladbrooke can now benefit from a fabulous new outdoor environment created especially for them.

Award-winning outdoor play specialists, Cool Canvas, landscaped much of the existing Foundation Stage playground and installed a range of bespoke equipment. These include a brand new texture kitchen, a construction shed, bug hotel, wildflower and grass area (popularly know as our 'meadow') a Secret Garden and, most popular of all, a natural climbing structure complete with rope bridge, balance beam and monkey bars.

We had lots of fun making our own 'pancakes' this week. The children measured out flour, water and salt to make their own pretend pancake mix. They then flipped them using real crepe pans and counted the number of times they could catch them. The record was six!