We arrived at the sports fields with a bounce in our step and started to prepare for our events. There were a group of field events and a group of track events. In the field the children took part in: chest push, discus, five step, long jump, tennis ball throw and a speed bounce challenge. On the track, there were races including: obstacle course, 60 metre hurdles, 60 metre sprint, 600 metre race, and the 8 x 50 metre relay race.

The challenge from the other schools was strong, and we enjoyed some successes but also found ourselves – despite all athletes best efforts, trailing in others. There were points awarded for every performance and so all children contributed to the overall score for each school.

We had notable personal efforts in the long jump, the five step challenge (how far can you travel in just five steps?) and several amazing scores were posted in the speed bounce arena. On the track we were often fast of the marks but came up against some fast finishers – especially from Cranbourne School, who were the eventual winners of the competition. One notable mention must go to the children who took part in the 600 metre race on the oval track for the first time. This was an arduous and energy sapping affair – especially in the searing heat of the day, and our children did brilliantly to keep running all the way to the finish line. One of our athletes was so exhausted from her efforts that she needed rehydrating at the end of the race – only to say when asked that she was ready for her next challenge and would do the long race again if needed. This strong attitude exemplified the whole team’s approach to the day; they pushed themselves to their limits and were ready to rise to every challenge. This is genuine true sporting quality and is the reason why we enjoy taking part in events like this - giving our children the chance to feel that their performance matters and that when required they can deliver their best under pressure.

The final events of the day were the girls and the boys 50 metre relay for eight athletes. This involves nursing a baton around the track as fast as you can, and is an event that Great Britain has had a lot of success at in the past and will hope to have more success in this summer at the Commonwealth Games that will take place in Birmingham. Our team of girls flew around the track and brought the baton to the winning line in first place – securing an overall second place in their team competition. Our boys found the competition hard to break down and on one of the 50 metre legs disaster struck when our runner lost a shoe; he valiantly went back to pick it up but there was too much ground to catch up after this. However, this spirit was strong once again as the whole team continued to chase as hard as they could, finally finishing a close fourth to secure a third place overall ranking in their team competition.

When all the events were counted and the boys and girls team scores were combined we finished in a very creditable second place overall. With red faces and slightly less of a bounce in our tired steps we left satisfied that we had competed to the best of our ability and enjoyed a great afternoon of sport. We were all really appreciative of the efforts of the Dame Alice Owens staff in organising the festival, and their amazing pupils who were very supportive in their encouragement and officiating of each individual event. 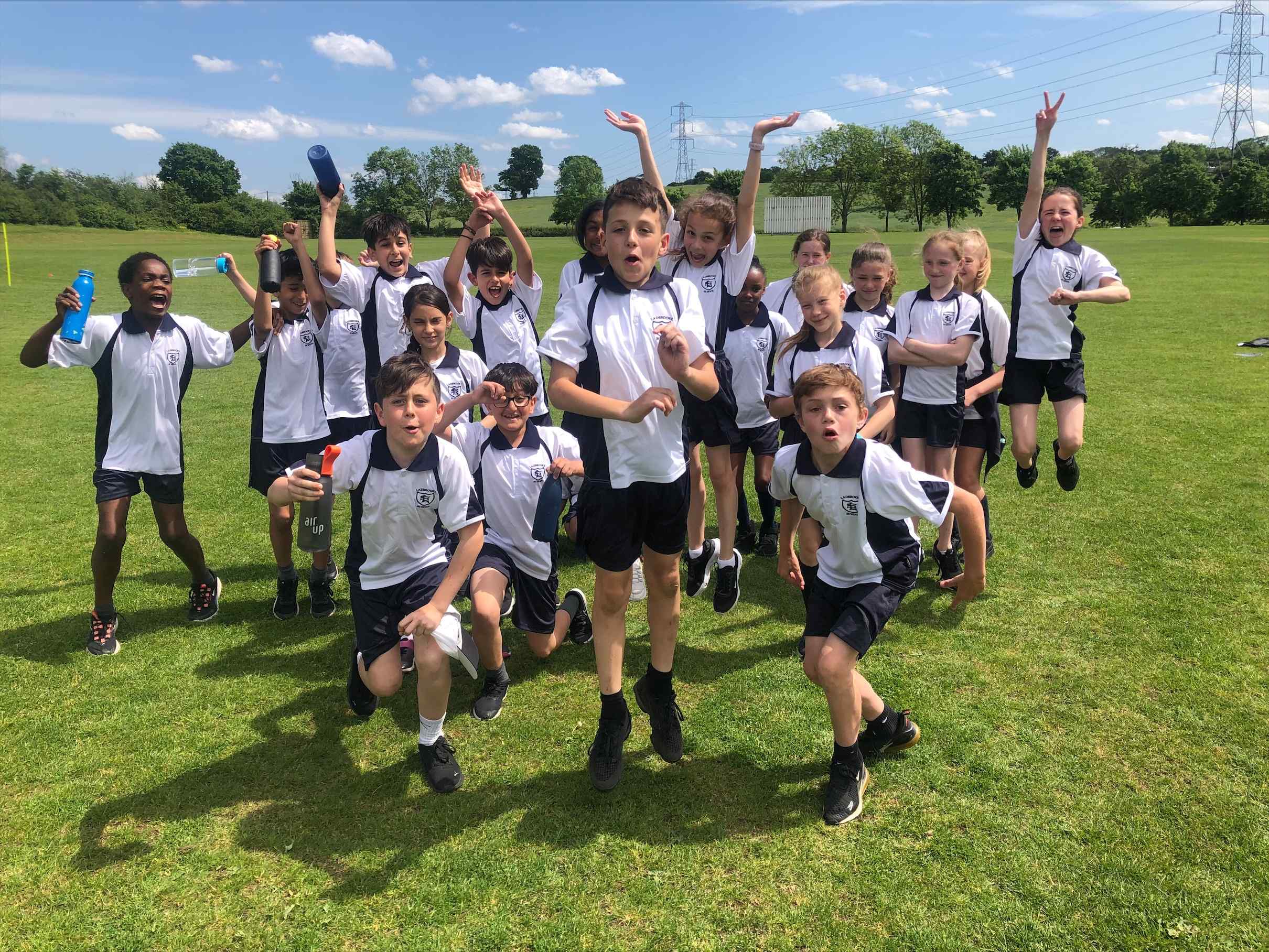