During the week of 17 October the whole school participated in a combined science and history week. Each class chose a separate focus and their work is currently displayed in the reception area of the school.

In year 6 the focus was Space, with children looking at inventions that made space travel possible. They designed and made their own rockets, then launched them using effervescent tablets.  Then they wrote instructions for others to follow.

Year 5 chose to look at the greatest inventions of all time, specifically those of Archimedes, which links with their current topic of Ancient Greece. The children made an Archimedes Screw out of a plastic bottle. Did you know that the 2012 Olympic Canoe course used a version of this device, to ensure that the waves were big enough for Olympic competition?

The science topic for year 4 this term is sound, so they learned about the history of the telephone. First they made a timeline which showed the development of the device, from the first device attributed to Alexander Graham Bell, learning that most of the technological developments have happened in the last 16 years. They also learned that there were other inventors of the time who also tried to lay claim to the invention. The children made string telephones and investigated whether changing the medium would affect the clarity of the sound.

The focus in Year 3 was Charles Mackintosh, a Scottish chemist and the inventor of the raincoat. The children tested different materials to find whether they were waterproof.

Florence Nightingale was the focus in Year 2. The children learned how her work helped to change the way nurses and hospitals operate.  Did you know she was also a mathemetician and scientist? She gathered data about how better nutrition and hygeine helped to save the lives of injured soldiers and presented this using a pie chart so that it could easily be read. The children wrote to the Prime Minister of the time seeking better conditions in hospitals, they also drew pencil portraits of the heroine.

Year 1 looked at the work of Louis Pasteur, creating their own factfiles. The children also learned how germs are spread and the best way to wash their hands so they are clean.

Foundation stage's focus was the weather. In Foundation 1 they investigated Robert Fitzroy, the first person to forecast the weather. They made a rain guage to monitor the weather, then watched a weather forecast, before then presenting the weather themselves.

Foundation stage 1 investigated at the weather using their senses, looking closely at clouds and their colour, also made wind socks and noticed how shadows were formed when the sun came out.

As you can see there was a wide variety of learning taking place and the photos below show some of the work that the children did. What would you have chosen to learn about? 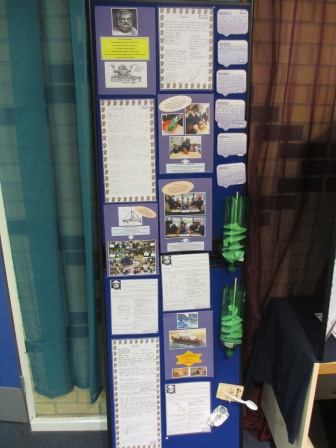 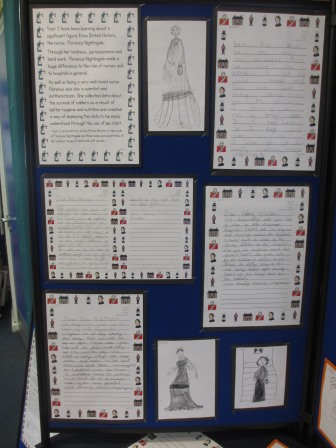 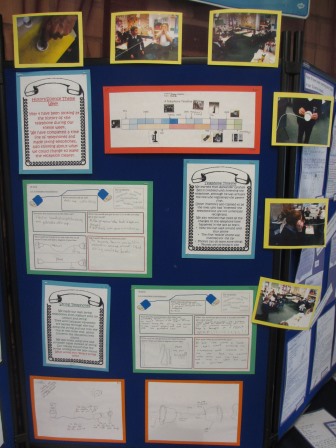 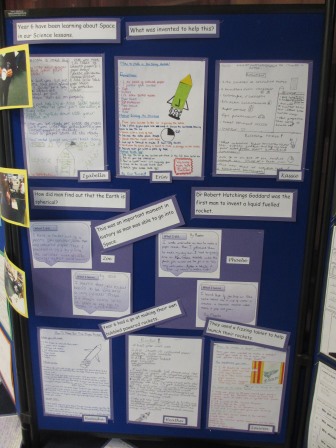 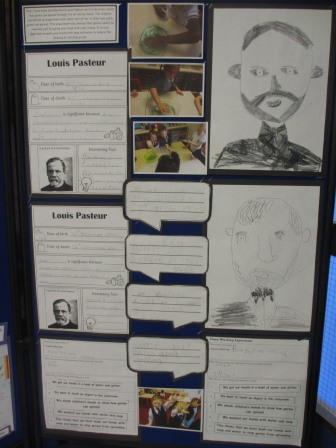 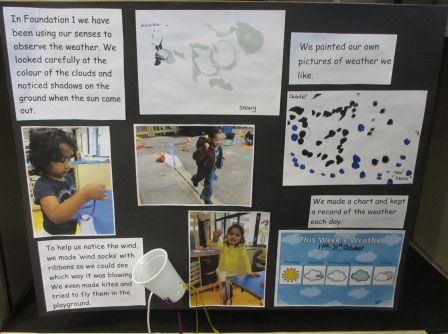 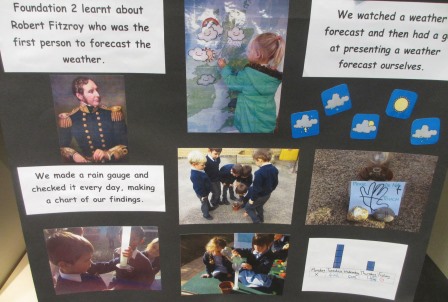