Our first topic of the year was called 'Marvellous Me' and gave us opportunities to learn lots more about ourselves, especially our brilliant bodies.

We now know the names of lots of the bones that are in our bodies and we made moving skeletons to show how our joints work. Can you imagine how difficult life would be if you didn't have joints that let you bend in so many different ways? 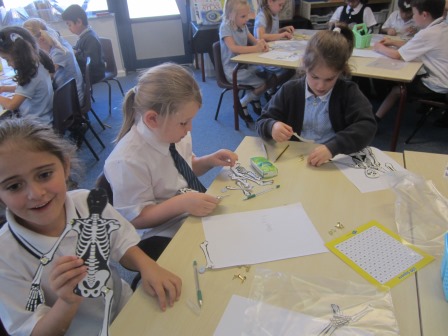 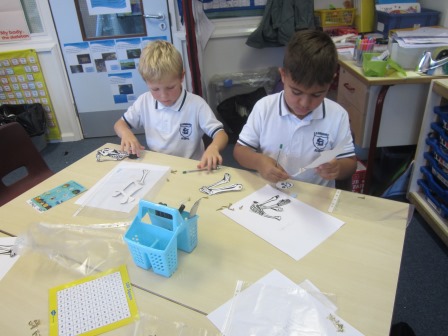 We carried out some research into our bodies and used the mind mapping app 'Simple Mind' on the ipads to record our notes.

Take a look at some pictures of us in action. 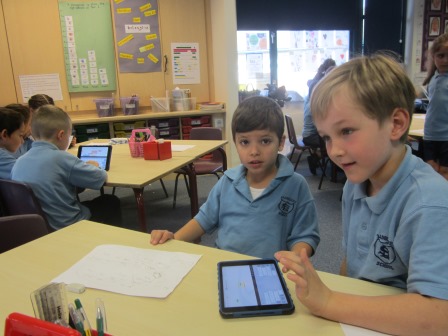 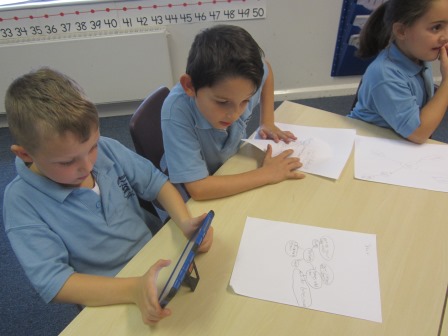 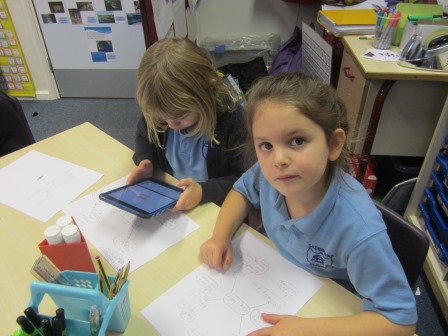 We want to tell the Universe the Good News...

Year 2 worked together with Year 1 to present our wonderful Christmas Show called Christmas with the aliens. In our show some aliens crashed on. They met some human chidren and when they had both got over their surprise, the children invited the aliens to visit their school. At school the children were practising their nativity play and so the aliens learnt the good news about the birth of Jesus. They eventually fixed their spaceship and took of to tell the whole universe about the birth of baby Jesus.

Here are some photographs of us all in action.

Aliens return to Ladbrooke...luckily they come in peace!

It seems that Ladbrooke has more than its fair share of alien invasions. One spaceship full of aliens visited in December for our Christmas show and now another bigger group has arrived at the beginning of January. While they were here, they took the opportunity to learn lots about human life. They took part in a singing assembly and they liked the singing so much that they stayed in the hall to dance their strange alien dances when the singing was over.

Some of them put on their invisibility cloak and crept silently around the school...taking great care not to disturb the large and rather scary humans in Year 6. The children of year 5 were kind enough to explain what their little pots of equipment were...wooden sticks called pencils and pens and rulers that the aliens thought were weapons.

Back in the Year 2 classroom the aliens learnt to write using human writing and then they even did some human multiplication. If one alien has 4 tentacles, how many tentacles will their be on 5 aliens?

The aliens were very confused at lunch time because they had chosen a red or green lunch. As one of them pointed out, none of the human food was actually red except for the ketchup.

After lunch the aliens drew pictures of their friends at home using oil pastels. You can see their lovely works of art at the end of the corridor on the way to the Key Stage 1 classrooms.

Now that the aliens have returned to their planet, all we have left is these pictures. See if you can recognise some familiar faces.

Old MacDonald Had A Farm...

Year 2 have been learning about food and where it comes from. We visited Old Macdonad's farm in Essex to see the farm animals that provide so much of our food. There were also some animals that we definitely would not like to eat such as owls, wallabies, otters and even meerkats.

We washed our hands well before we had lunch because we had been touching the animals. Then we enjoyed our lunches.

After lunch we had time to go on all the exciting attractions at the farm such as the helter skelter, the train rides and the carousel.

Before we knew it, it was time to go back to school.

What a wonderful day out we had!

Year 2 have learnt that they should eat a healthy, balanced diet. A balanced diet should include lots of fruit and vegetables as well as other foods.

We designed and made our own juicy fruit kebabs. Take a look at our pictures. They might make you feel hungry!