Both teams played brilliant football, really using the space well and playing as a team. Goals were scored and goals were saved and there were some flashes of brilliance which bode well for the season ahead.

At the end of a fantastic morning, both teams reached the semi-finals and although we didn’t progress further we were very proud of the way all the children played and conducted themselves. They were a credit to Ladbrooke School. Thank you to Alex, Bradley, Charlie, Dominic, Eshan, Woody, Jabir, Ben, Harry, Jamie, Kristian, Tom, Robyn, Scott and Zach. 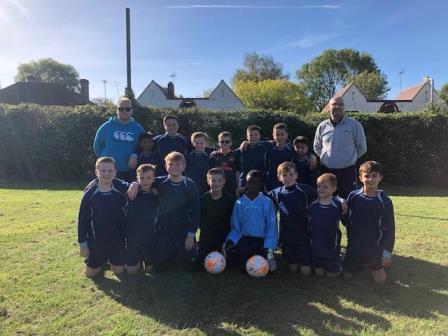